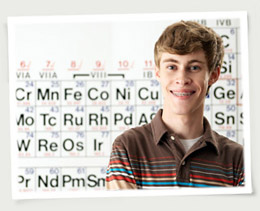 Teaching values to teenagers
(Part 4 of 4)

While you need to be flexible with a teenager, you need to stand firm on values that you have established for your family." You may lose the approval of your child, but in the long run your firmness will encourage your child to follow your example as he is confronted with a host of decisions and temptations.

Your teen may question the religious beliefs, political views, child rearing practices and values that you hold. He may become upset as he discovers that you are imperfect and that other adults do not meet his" expectations. He may test the values of other adults. He may even discover that he doesn't like himself and some of the things that his friends do. His developing conscience is taking on new meaning.

Teens learn that the difference between right and wrong is not always perfectly clear. When he was younger, he accepted whatever adults said about right and wrong. Now, he finds that right and wrong seems to depend more on the situation than on what someone says.

Of course, most teens believe that laws should be obeyed. Beyond the law, however, they believe that one is accountable for his own actions. Teens make decisions based on basic values they learned in early childhood. These values are influenced by family, school, church, books, friends, television and movies. Emotions also influence ethical, moral and spiritual decisions.

Not until adolescents have experienced or tested your values, do these values become theirs.

Since many decisions have to be made on the spur of the moment, away from adults, older children need a strong sense of right and wrong. They also need to know how to deal with guilt feelings when they make inappropriate decisions or when they have to stand alone on a decision or issue. A teenager may make a decision based on his own moral values that conflicts with the decisions of his friends.

To help transmit your values to your children between the ages 6 and 19:

Join in our discussions:
+ Add your comment for Teaching Values To Teenagers
▲ jump to top of article
Other Popular Posts