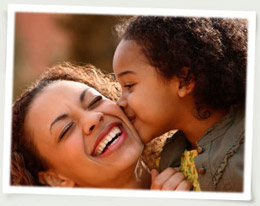 Did you know that love not only makes us happier, it can even make us healthier?

Among other the many other benefits that the feeling of love offers us, research indicates that it may even support heart health, lower stress and increase longevity.

A happier marriage equals a healthier heart
For married couples, a happier marriage and family life can make for a healthier heart. A study out of San Diego University and the University of Pittsburgh found that women who were happily married or living with a partner had lower cardiovascular risk factors including blood pressure and cholesterol levels than those who were unhappily married or unmarried.

Research suggests that people which strong support systems, which includes a happy, trusting marriage, engage in healthier behaviors and are better to handle stress, thus reducing their risk of atherosclerosis (blockage in arteries), stroke and other types of heart problems. A 1976 Israeli study of 10,000 married men showed that men who felt their wives didn't show them love had twice as much angina (chest pain) as men who felt love from their wives. This was despite high cardiovascular risk factors.

The power of physical touch
Hugging, holding hands and showing physical affection in general can be beneficial to your health, according to the National Institutes of Health. It can help the brain, heart and other body systems. Whether it's with a spouse, child or a friend, physical affection can increase levels of oxytocin, a hormone that can help:

Researchers from the University of North Carolina have found that those of us who regularly hug our significant other (or even just reach out to friends by phone or email) have increased levels of oxytocin, which in turn helps to lower our blood pressure as well as improve overall health.

Friendship and well-being
Scientists have just begun exploring the benefits of friendship; research so far indicates that social networks may have a bigger impact on our emotional well-being than familial relationships. Bottom line? Reach out and give someone a hug -- whether it's a family member or friend!

From the Research Desk...

Researchers observed increased amounts of inflammatory proteins in the early stages of osteoarthritis even before symptoms appear suggesting that inflammation is behind the progression of osteoarthritis, rather than a result of it. 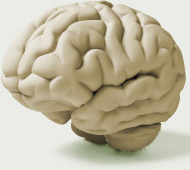 Chicago, Illinois - Low levels of Vitamin B-12 were associated with brain shrinkage (decreases in brain volume) as well as cognitive (mental) impairment in a study published in the journal Neurology.

In the study, 121 older adults had blood drawn to measure B-12 levels and five markers of B-12 deficiency and took tests to measure their memory and other cognitive skills. Over four years later, participants' brains were scanned to measure volume. Researchers found that high levels of four of five markers for B-12 deficiency were associated with lower scores on the tests and lower brain volume.

"Our findings lend support for the contention that poor Vitamin B-12 status is a potential risk factor for brain atrophy and may contribute to cognitive impairment," said Christine C. Tangney, PhD, associate professor at Rush University Medical Center, in a press release.

Stanford, California - Examining the electronic medical records of over 72,000 adult patients, researchers at the Stanford University School of Medicine found that women report more intense feelings of pain than men do, even when they share the same disease.

"It's still not clear if women actually feel more pain than men do," said Atul Butte, M.D., Ph.D., senior author of the study. "But they're certainly reporting more pain than men do. We don't know why. But it's not just a few diseases here and there, it's a bunch of them -- in fact, it may well turn out to be all of them. No matter what the disease, women appear to report more intense levels of pain than men do."

Join in our discussions:
Other Popular Posts